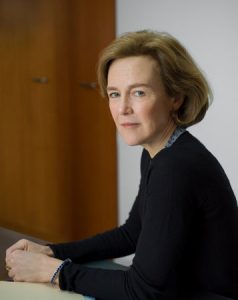 Janny Scott is a journalist and the author of two books, The Beneficiary: Fortune, Misfortune, and the Story of My Father and A Singular Woman: The Untold Story of Barack Obama’s Mother. She was a reporter for The New York Times for fourteen years, writing about race, class, demographic change, and ideas. She was a member of the Times reporting team that won the 2000 Pulitzer Prize for national reporting for the series “How Race Is Lived in America.” In the immediate aftermath of the 9/11 terror attacks, she and Christine Kay, a Times editor, conceived Portraits of Grief, a series of thumbnail profiles of several thousand victims, which appeared in the Times every day for months. She was previously a reporter for the Los Angeles Times and The Record of Bergen County, New Jersey. Her first book, a New York Times bestseller, was the runner up for the PEN/Jacqueline Bograd Weld Award for Biography and one of Time magazine’s top ten nonfiction books of 2011. Her second book was one of The New York Times 100 Notable Books of 2019 and one of NPR’s Favorite Books of 2019. She has appeared on The Colbert Report, Today, MSNBC, C-Span, Fresh Air with Terry Gross, the Leonard Lopate Show and other television and radio programs. She is a graduate of Harvard College and lives in New York City.