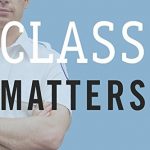 At a time when the subject of class seemed even more opaque than it does today — “vast, amorphous, politically charged, largely unacknowledged,” as the executive editor of The New York Times put it at the time — the newspaper dispatched a team of reporters to spend a year exploring the ways that class position shapes life chances in a country that imagines itself the land of opportunity. “Class Matters is a beautifully reported, deeply disturbing portrait of a society bent out of shape by harsh inequalities,” wrote Barbara Ehrenreich, the author of Nickel and Dimed: On Getting By in America. Andrew Hacker, author of Two Nations: Black and White, Separate, Hostile, Unequal, said, “Class Matters is a book about real human beings, showing how and where they fit in the larger society and astutely decoding the subtleties of class. Reading this book is a unique and original learning experience.” 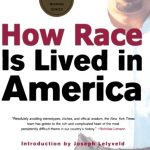 How Race is Lived in America

This landmark series published by The New York Times came together in a period when racial issues seemed to be receding from the political agenda, and much of the country appeared to have wearied of racial protest. In the largest commitment of time and resources the newspaper had ever made to a single series, a team of reporters and photographers immersed themselves in the uneasy relationships of Americans across racial lines in workplaces, schools, churches, and private life. “Resolutely avoiding stereotypes, cliches, and official wisdom, the New York Times team has gotten to the rich and complicated heart of the most persistently difficult theme in our country’s history,” wrote Nicholas Lemann, author of The Promised Land: The Great Black Migration and How It Changed America. Daniel Bell, professor emeritus of Sociology at Harvard University, wrote, “This is reporting at its best. This is how sociology should be, a comprehensive view in depth on a major social problem in America. This will be a benchmark for all future inquiries.” 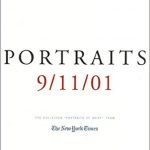 These thumbnail profiles of several thousand women and men who died in the terror attacks on 9/11 appeared in the paper every day for fifteen weeks, and on an occasional basis for months afterward. The Portraits of Grief, as they came to be called, elicited a response from readers across the country on a scale far greater than any that longtime Times editors could remember. 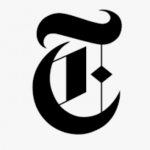